Get Ready for our Chess Competition Team!

We are so EXCITED to let you know about our new Chess Competition Team!

Although there are many after school chess courses available through schools and local libraries, we realize there are NO programs for kids who want to go beyond those introductory courses and learn and practice more advanced skills, tactics, and strategies. In addition, serious students of chess need to hone their skills in tournament play and look towards getting or bettering their chess ratings.

What is the Chess Competition Team?

Our Chess Competition Team is for kids who are interested and serious about improving their chess skills and who want to compete. An aspect of competing involves either starting a United States Chess Federation (USCF) rating or improving upon their current rating. (USCF is the governing body for chess competition in the United States).

It’s assumed your children already have a working knowledge of chess; however, every member of the team must participate in the mandatory training session (August 20 to August 24, 3:00-4:30pm). The training session ensures everyone begins on the same chess foundational footing.

The Fall season will run from September to November. During the season, members will participate in two monthly rated quad tournaments at the Academy as well as travel to one end-of-season scholastic chess tournament.

Members will meet every Tuesday, 5:30-7:00pm, to learn, practice, and review new chess strategies and concepts that will help prepare them for these tournaments.

Aside from being FUN, there are many benefits of playing chess:

The chess team is open to children in grades 3 to 8. If you have a younger child who is eager and seriously interested in chess, please contact us for consideration.

Please register for the Information Session by clicking on the button below (registration is required). 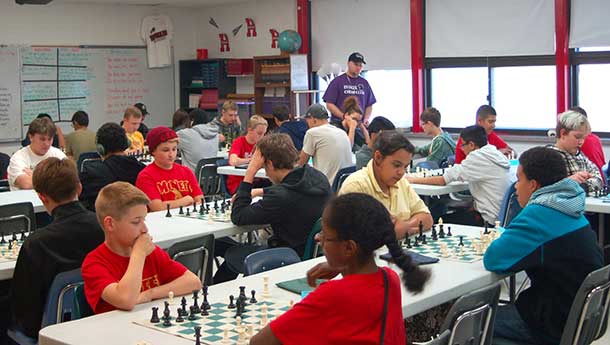 Can’t Make the Team but Interested in Intensive Training Session?

If your children are interested in chess but unable to participate in the competition team, they can still sign up for the intensive training session. This training session is a wonderful way to shake the dust off your children’s chess skills and give them a jump start back into chess. This is also a good way to test drive the option of participating in the competition team for the next cycle.

This site uses Akismet to reduce spam. Learn how your comment data is processed.

Looking for a special gift for the child in your life? Our gift certificates make perfect gifts any time of year. They can be used for our courses or team registrations.